SUGAR TAX – A NECESSITY OR JUST ANOTHER TAX GRAB!

Sugar – an ingredient most consumers have grown up with. Whether it is used within a cup of coffee, tea or as a food ingredient, it is a food element we are accustomed to eating and accept as a part of our life. That was then, this is now. Sugar is now viewed as the evil food ingredient. Who can blame people. When consumers drink a 20 oz bottle of coca cola, the consumer is consuming 65 grams of sugar which is the equivalent to a little more than ½ cup of sugar. To persuade consumers to stop consuming carbonated soft drinks, many countries have implemented a sugar tax. Welcome to the Sugar Tax! Advocates view it as tax aimed to discourage unhealthy diets and offset the growing economic costs of obesity and type 2 diabetes, whereas critics view it as just another tax grab. 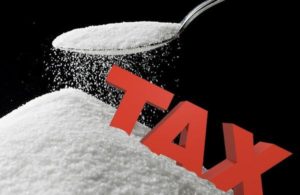 drinks with added sugar. Drinks covered under a soda tax most often only include carbonated soft drinks, though sports drinks and energy drinks may be included.

Rising consumption of sugary drinks has been a major contributor to the obesity epidemic. In 2014, 20.2% of Canadians aged 18 and older, roughly 5.3 million adults, reported height and weight were classified as obese.[1] Chart 1 outlines percentage of adults over the age of 18 who were obese or overweight between 2003 and 2014.

Obesity is also a concern among children. According to the World Health Organization, nearly 8 percent of boys and nearly 6 percent of girls worldwide were obese in 2016, against less than one percent for both sexes in 1975.[2]

Percentage of Obese and Overweight Canadians, 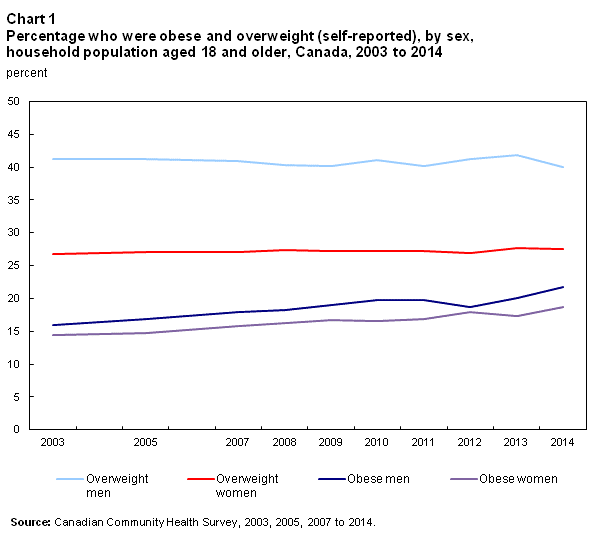 The World Health Organization is urging all countries to tax sugary drinks. They claim a tax of 20% or more results in a drop-in sales and consumption of sugary drinks. “Consumption of free sugars, including products like sugary drinks, is a major factor in the global increase of people suffering from obesity and diabetes,” said Dr. Douglas Bettcher, director of the WHO’s department for the prevention of non-communicable diseases. “If governments tax products like sugary drinks, they can reduce suffering and save lives. They can also cut healthcare costs and increase revenues to invest in health services.”[3]

Regular consumption of sugary soft drinks, has also been linked with the increased risk of developing type 2 diabetes.[4] Diabetes is one of the greatest public health and health system challenges of the 21st century. “For the 3.4 million Canadians living with diabetes, it decreases quality and length of life, and is a leading cause of kidney failure, lower limb amputation and blindness among adults,” says Dr. Jan Hux, chief science officer at the Canadian Diabetes Association.[5]

Closer to home, a study undertaken by the University of Waterloo projects that sugary drink consumption will result in more than 63,000 deaths over the next 25 years and cost the Canadian health-care system more than $50 billion dollars![6]

Though Canada has not introduced a sugar tax, in early 2016, Finance Minister Bill Morneau’s office requested an internal analysis that will weigh the pros and cons of a sugar-sweetened beverage tax. In the United States, 8 cities have implemented a soda tax including Philadelphia. Though Philadelphia has reported a 55% decline in sales for carbonated soft drinks, just outside the city in which there is no sugar tax, sales for carbonated soft drinks have increased 38%. [7]

Consumers are extremely conscious of the ingredients in the food and beverages they purchase. According to a global study undertaken by Nielsen, 34% of respondents try and avoid products containing sugar.[8] Food entrepreneurs have also taken up the cause to create beverages that contain no sugar so to provide alternative choices for consumers and to educate them about    living healthier lives. Carol Mark, a local entrepreneur has conceived Empower T (www.drinkempower.com) – a plant based RTD beverage, artisan brewed green tea with botanicals that contains No Sugar!, No Sweetener!.

In addition, April 2017, Carol Mark launched her inaugural “Truth About Healthy Lives” conference (www.truthabouthealthylives.com). As part of the event, Carol and her line up of  guest speakers including Medical Professionals, Naturopaths, Homeopaths held an open forum dialogue on healthier living food options.

Critics of the sugar tax including the soda industry and The Canadian Taxpayers Federation (CTF) say taxes on sugar-sweetened beverages meant to encourage people to make healthier choices but don’t actually work. They claim: 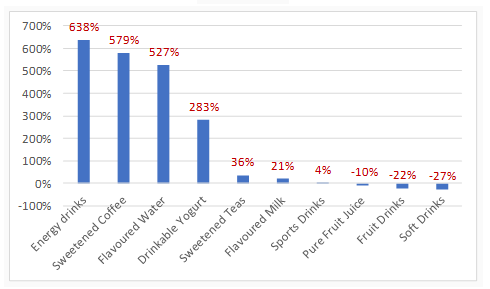 This past month the Canadian Taxpayers Federation released a study that evaluated countries and cities where a sugar or fat tax was introduced and reported that these taxes had not had a serious, sustained impact on consumption or obesity rates. ‘What we found was in a lot of cases, whatever the good intentions of these taxes – which is to decrease obesity and improve public health – the results really do not bear any fruit”, CTF Federal Director Aaron Wudrick. They also noted demand started to increase after an initial drop. “So, the result is the government has quite a bit of money from this tax, but it hasn’t achieved the object of reducing the obesity rate,” Wudrick said.[11]

Critics of the sugar tax also imply it will also lead to job losses. For instance, in Philadelphia, PepsiCo said it would lay off 80 to 100 workers after sales dropped 40%. Operators of local supermarkets in Philadelphia have also reported significant drops in revenue, something executives say will result in their cutting jobs in the near future and have already forced them to slash employees’ work hours.[12]

Where should Governments draw the line when it comes to a sugar tax? Why the assault on soda drinks only? What about energy drinks, sport drinks, fruit juices or even maple syrup? They all contain high levels of sugar. To be fair, this tax must also be applied to the foodservice sector. In particular, consumers who order sweetened coffee’s or teas. For those people who feel Government should dictate what consumers eat or drink, be wary. Lawmakers in Denmark, Sweden, China and Germany are discussing a meat tax to improve public health. Such a move would just imply Governments know best on how consumers should live their lives.

[5] New Study Finds Health-Care Costs of People With Diabetes More Than Double Those Without the Disease, www.diabetes.ca, August 2015

[7] Philadelphia’s Sugar Tax Isn’t the Wind Fall Some Had Hoped For, www.cnbc.ca, August 2017

[10] Soft Drinks, Hard Decisions: What Canada is Doing Amid the Global Sugar Tax Debate, The Globe and Mail, October 2017

[11] Reality Check: Are Sugar Taxes a Tax Grab or Do They Prompt Healthier Choices? www.globalnews.ca, November 2017

[12] Pepsi Laying up to 100 Workers in Philadelphia and Blaming a 2-Month Old Soda Tax, www.businessinsider.com, March 2017