The talk of the town for food marketers today is how to connect and engage with the Millennial and Generation Z consumer. Rightly so given how they have shaped today’s food trends and how they represent the emerging sectors for food manufacturers. Yet, many CPG manufacturers seem to ignore the Baby Boomer as this generation are considered set in their way and entrenched in their brands of choice. Why would marketers avoid them given they have the most disposable income today with an annual spending power of $2.3 trillion (USD) compared to Millennials $600 million.[1] Welcome to the “Baby Boomers – The Forgotten Consumer”!

Baby Boomers are the generation born in the two decades following the Second World War. Statistics Canada defines them 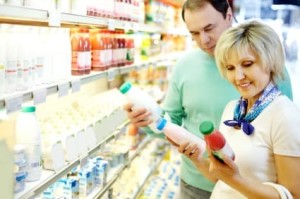 It is also thought this consumer sector will retire with generally better health, a longer life expectancy and more wealth than any generation before them.

In the US, Boomers generate more than 51% of the spending and have a total annual economic activity value of roughly $7.6 trillion. It is also anticipated they will inherit $8.4 trillion by 2030.[3]

This groups focus is on healthy eating. “The boomers look at food as medicine, in a way. They’re looking for less processed food, which is why we’re starting to see growth in areas like the yogurt section, and fermented foods like kefir and kombucha,” says Jo-Ann McArthur, CEO of Nourish Food Marketing. They are more concerned with what is on the nutritional labels and less concerned with the source of the ingredients. Chart 1 outlines which is most important to Baby Boomers when making decisions between food products at the grocery store.

Cost being the # 1 factor that determines which product Boomers purchase at the grocery store is solidified by where they shop for food and beverage products. Discount banners is their preferred destination point as outlined in Chart 2.

Where Boomers Shop for Food and Beverage Products[6]

Baby Boomers are also considered brand loyal. According to CrowdTwist’s “Capturing Loyalty Across the Generations” 2015 loyalty program report”, 46.4% of Baby Boomers are very loyal to their favourite brands with only 17.1% willing to change brands.[7] Today, they are forging new brand loyalties, particularly as they are introduced to new classes of products that didn’t exist just a few years ago.

Today’s marketers need to get past the antiquated notion that Baby Boomers are not tech savvy and shun the digital world. This is farthest from the truth. According to the Pew Research Center, at least 65 percent of Boomers utilize Facebook and they make up one-third of all online and social media users.[8] Chart 3 outlines the top social networking sites for Baby Boomers.

They are also more inclined to utilize traditional media than any other consumer segment. On average they spend:[10]

In today’s CPG world, brand loyalty is scarce and sacred. Brands that avoid Baby Boomers do so at their own peril. Come prepared with a multi facet marketing campaign. Though they can be a hard demographic to win over, once that loyalty is won, they’ll remain loyal until the very end, which is a huge victory for any brand.

[1]Why Marketers Can’t Ignore the Spending Power of the Boomers, www.fulltiltmarketing.net,

[7] How Loyal is the Baby Boomer Generation? www.brandfire.ie

[8] Marketing Your Brand to the Boomer Consumer, Jessica Hawthorne-Castro, June 2015

[9] Should You Market to Baby Boomers on Social Media, Pamela Lockard, May 2017