Growing up it was common practice in our household to regularly consume milk, eggs, and meat. In fact, when we went out for dinner, the main course was my favourite part of the meal. The word vegan – vegetarian was not part of our vocabulary. Yet, it was in 1944 when Donald Watson co-founded the Vegan Society in England. At first, he used it to mean “non-dairy vegetarian, but from 1951 the Society defined it as “the doctrine that man should live without exploiting animals”. At first if a friend or family member “came out” as a vegan – vegetarian many of us would question why and what does it mean. Today, the term has gone mainstream. In fact, a recent study undertaken by Dalhousie University reveals vegetarians and vegans now account for 9.4% of Canada’s population.[i] 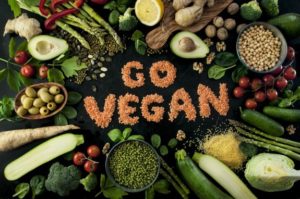 Welcome to “The Vegan – Vegetarian Consumer”!

What is the difference between a vegan and vegetarian and who is considered a flexitarian?

They do not eat any animal products. This means no meat, fish, dairy, eggs or honey.

A modern vegetarian does not eat animal tissues but does eat products such as dairy and eggs. There are 3-different types of vegetarians:[ii]

This group follows the rules of a vegetarian diet, but occasionally eats meat or fish.

The vast majority of Canadian who identify themselves as vegetarians and vegans are under the age of 35 and they’ll likely raise their children the way that they’re eating themselves. CPG food marketers should not exclude Generation X (born between 1965 and 1976) as their children, Generation Z (born between the mid 1990s and 2000s) have a high rate of influence on family and household purchases.

Consumers are more conscious and becoming more mindful of the products they consume, and of the environmental impact, they have. These represent 2 of the 3 key driving forces behind why consumers are embracing plant-based lifestyles:

Nielsen reports 43% of Canadians are trying to add more plant-based proteins into their diet.[iii]

The global packaged vegan foods market was projected to grow at a Compounded Annual Growth Rate of close to 11% during the forecast period 2016-2020. [iv] In the US, sales of vegan foods increased by more than 20% over the last year topping $3.3B dollars. Sales for vegan foods in 2017 increased 8% given rise to why CPG leaders are taking the plant-based food sector seriously.[v] Sales estimates in 2016 for the Canadian plant-based sector were estimated at $450-$600M dollars.[vi] Chart 1 outlines the sales growth for four of fastest-growing products in the US plant-based food sector.[vii] 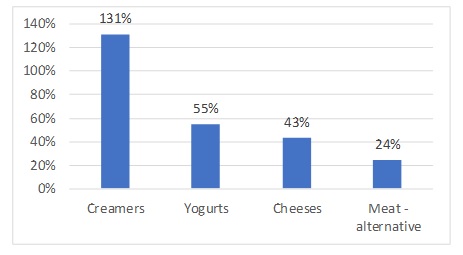 An example of a plant-based food produced by Canadian based Artizan Fine Foods – their line of “Oven-baked, Plant-based Pita Crisps”.

Seeking to be Vegan certified, contact Vegan Action – www.vegan.org to understand the process and apply to utilize their registered trademark logo. 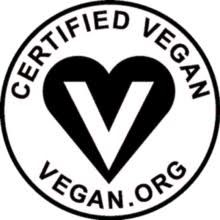 Much of the world is trending towards plant-based eating and the thought is it is here to stay. Though Millennials are the central drivers of this worldwide shift, “Everyone from celebrities to athletes to entire companies including Google and countries as big as China are supporting the movement to eat more plant-based foods”. [viii] For instance, Google employees get to eat free food at employee cafeterias, and lately, the meals are using more plant-based foods and less meat.  Even Walmart is requesting its suppliers offer more plant-based products.  A major study published in the Proceedings of the National Academy of Sciences suggests:

“A global reduction in meat consumption between 2016 and 2050 could save up to eight million lives per year, $31 trillion in reduced costs from health care and climate change — and, even, the planet.”[ix]

You don’t need to identify as a vegan or vegetarian to care about your health, animals, or the planet.

[iv] Global Packaged Vegan Foods Market to Grow at a CAGR of 11% through 2020, Reports Technavio,

[viii] Why the Global Rise in Vegan and Plant-Based Eating Isn’t a Fad, www.foodrevolution.org, January

[ix] Why the Global Rise in Vegan and Plant-Based Eating Isn’t a Fad, www.foodrevolution.org, January